The casting event demonstrated the maturity of Sentinel’s solid rocket motor design and validated manufacturing processes, advanced tooling, and facilities, according to a Northrop Grumman release.

Sentinel is the weapon system that is replacing the Minuteman III intercontinental ballistic missile system in place at Malmstrom Air Force Base and the other two missile bases. 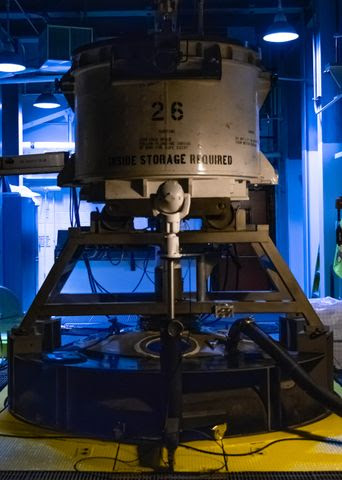 The Sentinel stage-one solid rocket motor casting is a complex process of pouring rocket motor propellant into motor cases, according to a release.

“The Sentinel program used digital engineering tools that helped iterate motor designs earlier and faster, prior to building hardware, thus allowing the team to produce the motors more efficiently and with less risk. The casting event is one of several on-time manufacturing firsts for the program over the past year as the program prepares for first flight from Vandenberg Space Force Base, Calif.,” according to the release.

Northrop Grumman is now building stage-one and stage-two solid rocket motors that will undergo static test fire, and testing data will be combined with information from ongoing testing to fine tune their digitally engineered models, keeping on the Air Force’s development schedule, according to the release.

The company is using digital engineering, agile software, and open systems architecture to model and authenticate virtual designs for the Sentinel program to lower risk and reduce the time it takes to field the system and new technologies, according to Northrop Grumman.

Northrop Grumman is also testing Sentinel’s command and and launch systems, missile integration and more, according to the company.

In September 2020, the Air Force awarded a $13.3 billion engineering and manufacturing development contract to Northrop Grumman for GBSD. Northrop Grumman has opened a facility in Great Falls related to the GBSD project in the former Fleet Supply building at 1401 25th Ave. N.E.

The project includes modernizing and replacing all launch facilities, communication systems, infrastructure, and technologies as necessary to support the GBSD system, according to the Air Force’s notice.

The Air Force determined that replacing the current ICBM system would be cheaper than extending the life of the Minuteman III system and the new system is expected to last through 2075, according to the Air Force.

Malmstrom maintains 150 ICBM silos across its 13,800-square-mile complex in central Montana. The Air Force also operates silos at the F.E. Warren Air Force Base in Wyoming and the Minot Air Force Base in North Dakota. According to the Department of Defense, there are 450 silos in the United States with 400 missiles deployed at any time.

“The new system will incorporate low risk, technically mature components, feature a modular architecture that can easily incorporate emerging technology to adapt in rapidly evolving threat environments, and will be easier to maintain than the Minuteman system – all of which will enable cost-savings and ensure relevancy as the Sentinel operates well into the 2070s,” according to the Air Force.

Malmstrom Air Force Base is set to be the second missile base to get the new system, according to the Air Force. F.E. Warren AFB is scheduled as the first base and Minot is scheduled third.

Col. Jason Bartolomei is the Air Force GBSD program manager and at the Air Force Association’s Doolittle Leadership virtual forum in June 2021, he said that test flights of the new missile will start by the end of 2023 and that it’s already starting in a modeling environment, Air Force Magazine reported.

The latest from The Electric